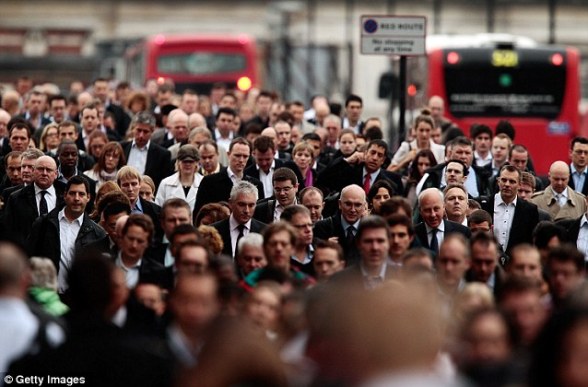 There’s a girl crouched down in front of a large chain drug store, cell phone pressed to her ear with one hand, a cigarette in the other. Her nose ring catches the sunlight for just a moment and her mouth speaks silent, urgent words that I cannot hear until I am walking right by her and all I gather is, “I don’t know what to do about it anymore.” I keep walking.

A bike messenger in the street whirs by in an instant, angrily ringing his bell and shouting incoherent words to pedestrians crossing the street against the advice of the solid red hand signaling them to stop. They sidestep out of his way, and then continue on with their blatant disregard of safety. I keep walking.

Stroller wheels crunch over loose gravel as two young mother’s dressed in yoga pants and holding coffee cups chatter loudly and push their babies across the street. One of the babies face’s is red and all scrunched up and about to lose it. The women are oblivious and vapid and this is my worst nightmare and I keep walking.

Construction, construction everywhere. The shock of jackhammers bleating into the ground, jarring your face into an ugly cringe. The beeping of large trucks humming in neutral waiting for instructions by foremen and worker’s all yelling abstract complaints and curse words. They stop for a second to ogle a tall young girl on her phone, walking briskly. She doesn’t even hear their lewd compliments. They don’t notice me, which is good. And depressing for a second. But I just keep walking.

A woman on the corner yells at a cabbie with an open window, “You’re going too fast! Slow down!!” He turns the corner and yells back, “SHUT UP!!” and keeps driving. I chuckle and keep walking.

The dog walkers! I love them. I’m not a dog person, but these guys are amazing. This particular walker is controlling EIGHT dogs at once. His voice is calm and they all listen. The ropes do not get tangled, they do not bark and they do not run off. I move around them and keep walking.

Business men in suits wrapped up in their ties like a present talking in business code, all very important and serious. Snippets caught: “That’s not a great price.” “I told them yesterday that wasn’t going to work” and “Is it time for lunch yet?” Big hearty laughs and back slaps. I roll my eyes and keep walking.

All of this is seen and heard in two blocks. These sights and sounds are all the variables. There are many daily constants in New York City. People texting and walking, waiting and rushing, standing and sitting . The bodega owners sweeping the sidewalks free of cigarettes and trash. The newspaper stands showcasing the latest Kardashian disaster and Nibs, one of my favorite candies that not everyone sells. Continuous honking by severely impatient driver’s who weave in and around each other while trying to speed through yellow lights only to be caught in the intersection for more honking to ensue. Hot Dog & Halal stands serving up dirty water dogs and some of the best street meat on a stick you can get. The homeless wandering the streets asking for spare change and some kindness. And subways. Trains that can get you just about anywhere in the city you want to go. You go deep down into the belly of the underground only to reappear above it minutes later to see the same sights and the same sounds as you did several blocks ago. New York City is forever changing and growing, yet on many levels, it always stays the same.