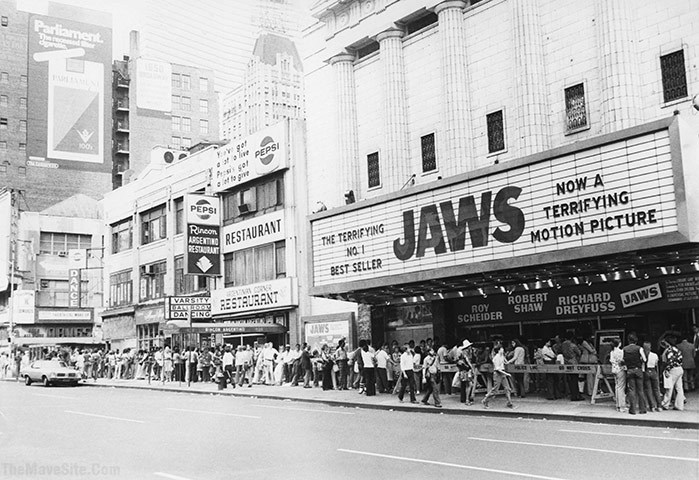 New Yorkers will stand in line for anything. Last summer I stood in line at 7:30 am on a Saturday morning to try to get the infamous “Cronut” by Dominque Ansel in Soho. My girlfriend and I waited there for about an hour or so and moved maybe a few feet or so before a cute hipster with an apron came out to tell us they were sold out.  Her exact words were, “Don’t kill me, I’m just the messenger! We have lots of other great pastries available, we just don’t have any more Cronuts.” Then she hurried off, trying to avoid any possible mob action. Nobody wants the other damn pastries; we came for the Cronut.

I will say that we were entertained by a homeless man who had great game. He was asking people to donate to his “African-American Pastrami Fund.” I had no cash on me.  If he could have taken credit cards, I would have donated for sure. Originality will get you places in this city. Or at least a Pastrami sandwich.

The hipsters are very serious about going to shows (that’s what they call seeing bands play) and will stand in preposterous lines to either buy tickets, buy the record, see the show and buy swag. My husband and one of his best friends take part in all of this and I have been subjected to my share of waiting. And waiting.

One time in particular stands out. St. Vincent was playing a free show in Prospect Park and we all wanted to go. At this time, I had not gone to any of these free shows that happen around Brooklyn. I just thought a bunch of people would show up, we would see a free show and go home.

Both these men in my life told me we would have to stand in line and go really early. Fine. Had I known what to expect, I would have used my female knowledge to pack some things. For instance, a blanket, some food and booze. None of which we had. We brought nothing.

We take the long train ride there, walk several blocks to get to the park and slowly the realization of what is happening starts to take form. Thousands of people (estimated around ten thousand) waiting, no STANDING, in one place to get into the band shell where she would be performing.

The end of the line where we ended up was a cement path.  I had no idea that we would have to be in this one spot for HOURS. Again, we had no blanket or anything to cushion our asses for hours. And no little picnic basket filled with snacks or adult beverages, like everyone else seemed to have known to bring.

My mouth went agape and I was speechless until I found my whining voice back-this only took seconds.

“No. No way. No way in hell. I am NOT sitting on cement for two hours to TRY to get inside the band shell to possibly catch a glimpse of her. No. No. No.”

The fact that my then-fiancé was not automatically agreeing with me was astonishing. Who was this person I was marrying? This was crazy. Although, I guess if he could be this committed to seeing a band, my chances of a forever marriage were pretty high.

Our friend showed up moments later and after listening to me moan and groan about it, they agreed we should ditch this idea and go get a drink.

We went and got drinks and food and walked back to the park hours later. The crowd was insane. But we were able to get to the edge of the fence that blocked us out of the band shell, but if we craned our necks around the trees in front of us, we could see the top of her head. Not ideal, but at least we could hear the music and we did not have to stand in line for it.

People are always hungry for getting the best food experience they can in New York City and food trucks are one of the easiest ways to feel like a native. It’s also some of the best  food you’ll ever have. Here are just a few of your choices to try when you are here:

There are trucks for every kind of food your heart desires. And New Yorkers stand in line to get just what they want. There’s even a burger made of Ramen noodles that people stood in a line at least a quarter of a mile long last summer for. A burger made of noodles. Oh, New York.

New Yorkers will stand in line for anything. I don’t know if it’s a FOMO (Fear of Missing Out) condition, but we all seem to have it here. I suppose though, if you are going to stand in line to see amazing bands, gorge on delicious food and just be there for the Next Big Thing, then New York City is the absolute best place to do it all.